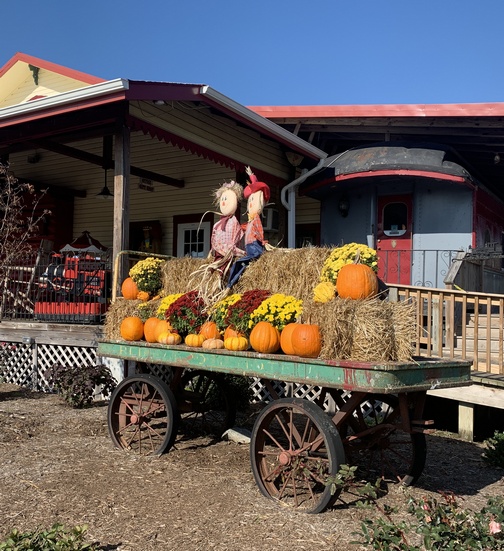 “The Prophecy Of Enoch”

Message summary: Are you, like Enoch, walking with God and speaking out boldly for Him.

Listen to this message on your audio player. “Enoch, the seventh from Adam, prophesied about these men. ‘See, the Lord is coming with thousands upon thousands of His holy ones to judge everyone, and to convict all the ungodly of all the ungodly acts they have done in the ungodly way, and of all the harsh words ungodly sinners have spoken against Him'” (Jude 1:14,15). 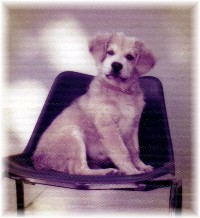 When we got married in 1976 my childhood dog, Susie, came to live with us. My parents had cared for her while I attended college. After we married Susie moved down from my childhood home in Independence, Missouri to live with us at the little country parsonage surrounded by farms near Fair Grove, MO. But by this time Susie was nearing the end of her life and sadly, fell off a hay wagon I was pulling with a tractor for a neighboring farmer. She died but we were at peace since she had enjoyed her new found freedom out in the country for several months. Brooksyne would say it was the first time she ever saw me shed a tear when burying Susie, and I guess that’s true. It was my only pet up to that point.

A few months later a little boy who heard about Susie’s death told us they had a litter of mixed Chow Chow puppies. Being dedicated Bible College students we chose the name of a Bible character and named him Enoch. He was a lot of fun and a colorful part of the early years of our marriage. To this day we’re sure many who knew us at that time will also remember Enoch! In fact years ago I even wrote a story about him titled “My Dog Enoch”!

The Bible character, Enoch, is best known for his remarkable departure from this world. The Bible simply states, “Enoch walked with God, and he was not, for God took him” (Genesis 5:24). We also know from Hebrews 11:5-6 that he was a man of faith and “he was commended as one who pleased God”.

But our daily verse provides an additional, lesser known and considered, glimpse into his life and ministry. Although Enoch lived in the rampantly evil, pre-flood period of human history, he didn’t keep his faith to himself. He prophesied, speaking out regarding his belief in God and his convictions. In fact he is the very first recorded Bible character to prophecy for God.

Jude records the specific prophecy that Enoch spoke forth and it is just as meaningful to our generation as it was when he first gave it some 5,300 years ago; “See, the Lord is coming with thousands upon thousands of His holy ones to judge everyone, and to convict all the ungodly of all the ungodly acts they have done in the ungodly way, and of all the harsh words ungodly sinners have spoken against Him” (Jude 1:14b,15).

Now the notion of judgment is a message that many find offensive. Proclaim that today and you will be labeled a crackpot by the world and sadly many in the visible church would critique your message to be “unloving”. It’s certainly not “seeker friendly”.

The Bible says that Jesus did not come into the world to condemn the world, but that the world through Him might be saved (John 3:17). He appeared in flesh and walked upon the earth 33 years, taught the ways of godliness, lived a sinless life and died upon the cross that we might be saved from our sins.

A few verses later Jude writes, “But you, beloved, ought to remember the words that were spoken beforehand by the apostles of our Lord Jesus Christ, that they were saying to you, ‘In the last time there will be mockers, following after their own ungodly lusts’.” Interestingly Jude is quoting from another New Testament book from the Apostle Peter. “Know this first of all, that in the last days mockers will come with their mocking, following after their own lusts” (2 Peter 3:3).

The Bible also says that the Lord is coming in judgment. Men and women, like Enoch, are still called by God to walk with Him and faithfully speak forth His word. Enoch’s great-grandson, Noah, sure did. In 2 Peter 2:5 he is called a “preacher of righteousness.”

And many, many more have done so throughout both the Biblical and Church ages. In our own day millions, like Enoch, are walking with God and speaking out boldly for Him. Are you?

Daily prayer: Father, I must confess that holy boldness does not come easily for me. Though I may hold an unwavering conviction based upon the teachings of Scripture, I find it difficult to articulate my position when faced with opposing views or ungodly lifestyle. It is in this setting that I rely upon Your Holy Spirit to equip me with the words I am to speak and the tone of which I speak them. You’ve instructed the believer to always be prepared to give an answer to everyone who asks us to give the reason for the hope that we have. We are to do this prayerfully with gentleness, and respect. Keep our motives pure as we unashamedly and boldly declare Your truths to a lost and dying generation, we pray. Amen.

There are two individuals mentioned in Scripture (Enoch and Elijah) that did not die in the usual sense but were transferred to heaven.  The Bible teaches that the generation still alive at the time of the return of Christ will pass directly to heaven (1 Thessalonians 4:13-18).

Years ago we wrote a message titled “A Good Minister” also using Enoch (our dog) as an illustration.

Here’s a “biographical” story about Enoch on our humor blog titled “My Dog Enoch”.

Today’s story prompts some memories of our earliest years as a married couple so we will share a few photos. 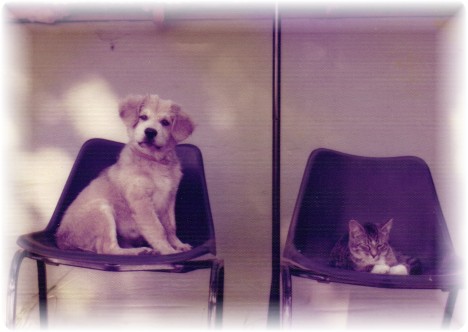 Enoch and our kitten Coon were our first pets as newlyweds. 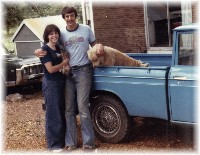 When we first got married we lived in a tiny parsonage out in the country about five miles from Fair Grove, Missouri which was about 20 miles northeast of Springfield. (Google map). We pastored a small country church that had been closed for awhile. We heated the house with a “Warm Morning” wood stove, ate lots of hot dogs and pork & beans as Brooksyne learned to cook and I did farm work for local farmers. Fond memories! We met some wonderful country folk with an earnest faith in Christ who had a formative part in our lives, especially an old farmer and his wife named Tracy and Bulah Sutherland.

We brought Enoch and Coon with us when we moved to Pennsylvania a year after our marriage. Coon ran off shortly after our move but Enoch lived another nine years. During our early years of marriage we were foster parents to many children from our own country and several from overseas for medical care. Here’s Chrissie who lived with us for over two years, whom we are still in contact with, who is hugging Enoch. His sad look is because he had gotten in a tussle with a porcupine. (Note the quills in his nose). We don’t know how many of you have ever had porcupine quills in your nose but they are surely quite painful!

I had a very similar experience in the last engineering job I had before entering full time prison ministry. It was an amazing time of sharing the Gospel with fellow workers that could not understand how I could choose low paying missions work over engineering. The Texas Instruments plant in Attleboro, MA was shaken and Jesus was glorified way back in 1977. Praise God.