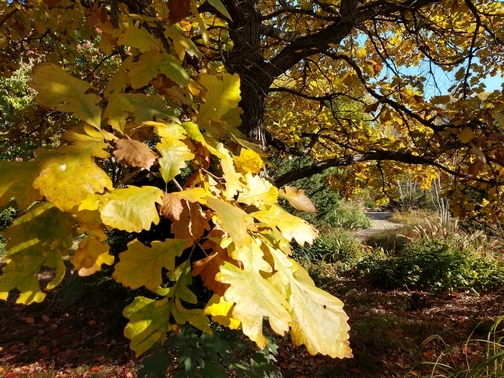 “A Consideration Of Thanklessness”
Message summary: Will we be like the one who returned to give “Thanks” or like the nine who did not? Are you expressing thankfulness to God and to others? We sure hope you’re living on Thankful Lane!

“Neither were they thankful” (Romans 1:21). “But know this, that in the last days perilous times will come: For men will be lovers of themselves, lovers of money, boasters, proud, blasphemers, disobedient to parents, unthankful, unholy, unloving, unforgiving, slanderers, without self-control, brutal, despisers of good, traitors, headstrong, haughty, lovers of pleasure rather than lovers of God, having a form of godliness but denying its power. And from such people turn away!” (2 Timothy 3:1-5). 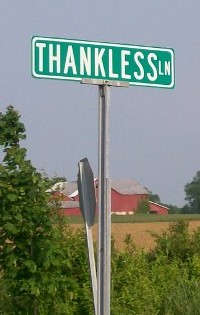 Our local Christian radio station, WDAC occasionally announces the temperature of Rising Sun, a small town in Maryland just south of the Pennsylvania state line. We’ve driven through the town a few times and just east of the little hamlet is a road sign that catches our attention every time we drive through. It is Thankless Lane.

How did they ever come up with such a negative name? We began to speculate: Was there a grumpy old farmer that lived on this lane who had a reputation for being unthankful? Perhaps a good deed was done for someone and the kindness was spurned by ingratitude.

We have determined that this is a road we wouldn’t want to live on either literally or spiritually. This week we will consider the subject of thankfulness in our messages but we begin by considering an outlook in life similar to living on Thankless Lane.

There are people who, by their outlook in life, seem to live on Thankless Lane. Ingratitude is one of the most dominant and universal sins in the human race. The Apostle Paul in his sweeping, panoramic view of human depravity in Romans 1 makes this dismal statement, “They neither glorified Him as God nor gave thanks to Him”. Later in his final epistle Paul lists some of the characteristics evident in the perilous last days. Among them we read that men will be “unthankful”.

Being thankful is an often overlooked fruit of the maturing follower of Christ. Un-thankfulness on the other hand is a mark of man’s depravity. And in this age of entitlements unthankfulness is ever increasing! I can recall several occasions in my life when the lack of gratitude was deafening as it was replaced by a grumbling, complaining outlook. The focus moves from “I’ve been blessed” to “I’m not getting what I deserve.” It’s a good thing we don’t get what we deserve, but instead we receive God’s abundant mercy and lovingkindness!

Jesus often asked questions to get his hearers to think, although He obviously knew the answer. In Luke 17:11-19 we read where He had healed ten lepers but only one returned to offer thanks and praise. We’ve often wondered what excuses the other nine had in failing to return and give Jesus thanks?

Three great truths concerning the importance of thankfulness can be derived from the leper who returned to give thanks:

Will we be like the one who returned to give “Thanks!” or like the other nine who did not? Are you expressing thankfulness to God and to others? If I’m permitted to name a lane in heaven, where I live out my eternal dwelling, I’d sure be pleased to choose, Thankful Lane!

Daily prayer: Father, each of us make our dwelling on Thankful Lane when we daily attribute thanksgiving to You who provides for all our needs. You give us shelter from the harsh elements, food on our tables, clothing for our bodies and people who love and care for us. We’ve been blessed beyond measure, both physically and spiritually as You provided for our greatest need; salvation through Christ. Worthy is the Lamb who died on the cross for our sins. We will eternally praise You for Your goodness to us. Amen. 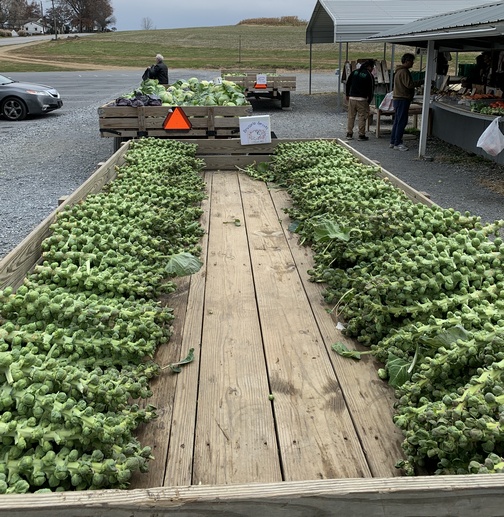 Calvary Church  (We sang this song in our church service yesterday)

We received a very heartening feedback message this last weekend from a reader:

“I came to Christ in China and your daily readings really grounded me when I had no one else natively speaking English to teach me. We moved to the States 3 years ago and now I study ministry.”

Last Friday, November 22 we had an Extraordinary Give event here in Lancaster County. Over $10,500,000 was raised from 28,745 donors for over 500 non-profit organizations of every type. It was heartening to see the strong support for the many Christian organizations represented although giving options were available for many causes including some we would never support. For instance you could give to several pro-life pregnancy assistance centers (which we did) or to pro-abortion Planned Parenthood.

We chose to give to a number of organizations we value. When giving you could also write a short note of appreciation and encouragement to the organization which I did for each one. It’s not just financial support that ministries need, but it’s also encouraging words that remind you that your labor in the Lord is a blessing.

The following is instructive of a tragic direction our country is headed.

After donating to the site  I went back on the giving site to see if my donation had registered and made a sad observation concerning someone who had come to the site after me. 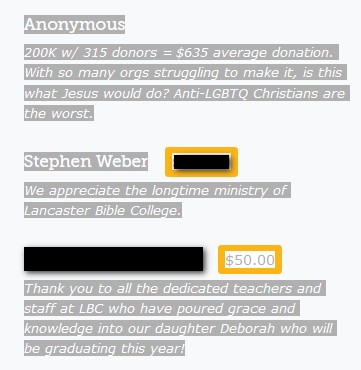 Incredibly, on a day of joyous giving an anonymous troll who gave nothing to this ministry was using the giving site to disparage those who were giving! I suppose it’s because thankfully LBC has not caved on Biblical morality concerning marriage and gender which now makes someone anti-lgbtq and “the worst”. I informed the LBC giving site immediately; they were unaware and appreciated the alert, but frankly I am very disappointed they still have not removed the hateful comment. Just for the record regarding consistency, there were a couple of giving options for this “cause” the troll could have given to (and perhaps they did). I would also consider it very rude and hateful if someone made similar comments on their giving page concerning those who chose to give. 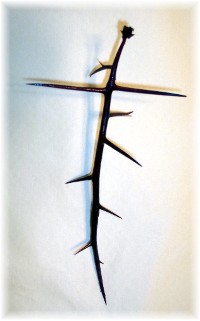 “Thankful For The Thorns”: A family reading and exercise that is a wonderful way to give a thoughtful focus around your Thanksgiving Table. (Note: You will need a good reader who should be given the story ahead of time to review so that it’s read with expression and clarity.) For many of us the Thanksgiving celebration typically includes family coming together for a huge meal and hopefully a heartfelt prayer of thankfulness. However it can often be difficult to have a spiritually oriented conversation. Why not add some stimulating discussion about the ways God has worked in your life over the past year! Here’s an idea for sharing together around the table the theme of “Thankful for the Thorns” (printable webpage). “A Thanksgiving family exercise” (pdf) We have used this questionnaire as a stimulus for discussion among family members in the past in our home. We encourage you to share results around the table at Thanksgiving before or after the meal. A Thanksgiving prayer: Written by Joe Sherer, a pastor friend of ours and shared as the benediction at our community Thanksgiving Eve service many years ago. (blog post) For those who enjoy written prayers this would be a beautiful prayer to read together at the Thanksgiving table.

A selection of Old and New Testament readings dealing with thankfulness appropriate for church, family and personal readings. (pdf) (Suitable for printing out and copying.)

A Suggestion for a Family Tradition from our long-time friend Bob Southard: After the turkey, the cranberries, the pie, we all get out our Bibles to read our favorite thanksgiving verse. From the youngest to the oldest we share God’s Word and tell why it is so special to us!

Possible Discussion around the table:  July 22, 1620 – The pilgrims set sail for the new world and the setting is described by William Bradford in his journal: “So they left that goodly and pleasant city which had been their resting place for twelve years, but they knew that they were pilgrims and looked not much on those things, but lifted their eyes to the heavens, their dearest country, and quieted their spirit and then with mutual embraces and many tears they took leave of one another, which proved to the last leave to many of them.”  How would you feel if you were boarding the ship? How would you feel if you were saying good-bye to your loved one?

Suggestions for Present Day Thanksgiving: Preparations for Thanksgiving is time consuming but you might have extra time over the Thanksgiving weekend to enhance your celebration, especially if you have children present, by including some historical foods and activities present on the Mayflower or in Plimouth in the fall of 1621:

Games played by the children during the first harvest festival – Arm wrestling, broad jump, racing competition, bow and arrow competition. The girls spent most of their time helping moms with food preparation during the three day gathering. If you have a mortar and pestle the girls can mash dried herbs and spices in preparation for seasoning veggies and such.

Food Samples – Some of the food on board the Mayflower was hardtack (ship’s biscuits), dried beef, and hard cheese.