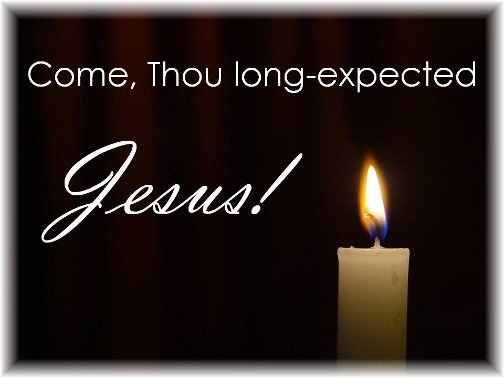 “The Genealogy Of Jesus”
Message summary: The genealogies in Matthew and Luke firmly place Jesus Christ in history. He is not a fictional phantom who appears out of nowhere.

“The record of the genealogy of Jesus the Messiah, the Son of David, the Son of Abraham” (Matthew 1:1).

Yesterday we shared about the blank page in our Bibles, representing the period between the Old and New Testaments. After this long period of revelatory silence

we might expect the New Testament, from a human literary perspective, to begin with opening words like, “I’m back!” or “Now for the rest of the story”. To me it would be interesting if it began with yesterday’s daily verse, “But when the fullness of the time came, God sent forth His Son” (Galatians 4:4). But not so. Instead the first words are, “The record of the genealogy of Jesus the Messiah, the son of David, the son of Abraham” followed by 16 verses of mostly obscure names. Now to be sure there are some interesting details, especially due to the four women mentioned in the genealogy; Tamar, Rahab, Ruth and “Uriah’s wife” (Bathsheba) each of which have a recorded story in the Old Testament.

Genealogies in the Bible are rarely anyone’s favorite portions and it would take real dedication to memorize them although some have. Their purpose is to ground the events of Scripture in real history. The Bible is not a make believe fairy tale as some assert but a record of real history.

The genealogy of Jesus is a perfect way to begin the New Testament serving as a bridge after those 400 silent years that the blank page in our Bibles represent.

Matthew was one of the original disciples and his gospel was primarily intended for those with a Jewish background. Thus Matthew’s genealogy begins with Abraham.

The genealogies firmly place Jesus Christ in history. He is not a fictional phantom who appears out of nowhere. There are names in His genealogy can be studied in the Old Testament.

The New Testament begins with the genealogy of Jesus Christ, a detailed accounting of His ancestors going back to Abraham. Luke has a similar record but his goes all the way back to Adam! These genealogies may not make for the most interesting reading but the entire Bible, including the genealogies, is inspired by God. Yet many of us would admit the genealogies are not among the more exciting or necessarily edifying portions of the Bible and we tend to skim over them, particularly the longest in 1 Chronicles 1-9!

The genealogies of Christ, in both Matthew and Luke, are in the context of the Christmas stories. But all Scripture is profitable and even these genealogies are inspired truth and have lessons for us.

The genealogy of Jesus Christ begins with the summary in the first daily text prior to filling in the detail: “The record of the genealogy of Jesus the Messiah, the Son of David, the Son of Abraham” (Matthew 1:1). In doing so Matthew mentions the two most significant names in our Lord’s human genealogy; Abraham and David. In our next two messages we will study a prophecy given to each of these two men.

Daily prayer: Father, we’re grateful for the inspiration of Scripture and for the records of those who lived and died over the centuries. Many are unknown to us, but some names are significant due to the contribution they made over their lifetime, either Christ honoring or otherwise. But the greatest name to be recorded in the genealogies is that of Jesus the Messiah. His is the Name above all names – a Name for all time and for every generation since Messiah’s kingdom has no end. His reign is forever and the amazing thing is that we who believe will reign with Him forevermore in His heavenly kingdom. Come Lord Jesus, come. Amen.

We want to thank all who have financially supported our ministry this past year (and some for many years!). We realize there are many fine ministries and causes requesting support at this time but if the Lord would lead you we surely need and appreciate the financial support from our readers and listeners. Like many ministries, we typically see a spike in giving at the end of the year for which we are most thankful.

Our ministry labor is comprised of approximately half our time to Daily Encouragement and the other half to our chaplaincy ministry to companies for which we receive compensation. Each of these ministries essentially is the same as a part-time job (20+ hours weekly) for each of us. Our goal for many years is that each would provide half of our ministry expenses and income.

If you would consider making a donation to our ministry see here for more information.

To donate directly online here. This will open to a page that designates the offering to: WEBER,STEPHEN CHAP, Specialized Chaplaincy Ministry ID: 700001-237376

Today’s Suggested Music and Supplemental Resources
“Prepare Him Room”  Video  Rebecca Elliott
“Lancaster at Christmas”  Video  The creative team at our church prepared this video of  drone shots over downtown Lancaster during the Christmas season with an Advent theme. Very nicely done!