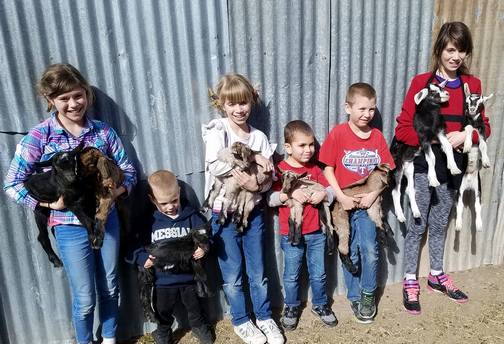 Our friends, Jason and Rebekah Oberholzer, along with their 6 children, are back in New Mexico where they serve in mission work. Looks like they had quite a few goats greet them, enough for more than one for the older girls!

“The Danger of the Little Foxes“
Message summary: We need to be on our guard against the little foxes and determine to deal with them early!

Listen to this message on your audio player.
“Catch for us the foxes, the little foxes that ruin the vineyards, our vineyards that are in bloom” (Song of Solomon 2:15).
Like many car owners I regularly look under the hood of my vehicles to check the fluid levels. The other day I opened the van hood and found that a critter, likely a squirrel or chipmunk due to the abundance of stashed acorns, had been there chewing on some of the foam mounting material and left quite a mess. Apparently on cold days the warmth of the engine after driving the van is appealing to these critters. It seems I caught the intruder just in time since it seems to run fine. But I looked it up and find others have had this problem and am using peppermint as a repellent and checking under the hood more frequently. If I would have not dealt with it early on no telling how much damage they could have done since they also chew into the wiring. 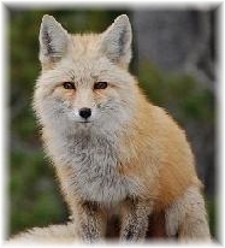 Now I’m pretty certain it wasn’t a little fox making a home under my hood although we do have fox in our neighborhood. Solomon wrote about “the little foxes that ruin the vineyards”. Although foxes can be destructive in a literal sense, in this statement Solomon appears to be figuratively speaking and that is how most commentators take it.

Life is full of fighting off little foxes and other pests of one type or another. But today we want to consider spiritual pests like “little foxes”. They tend to come in cycles. There are some little foxes I dealt with 40 years ago that really aren’t much of an issue in my life now, while new ones that I never would have expected have come in to replace them. Whether big or small they can all do extensive damage.  Wise Solomon spoke of the little foxes that ruin the vineyards.

These foxes are called little in the sense we easily may overlook them and fail to see their destructive impact. The way they appear look nothing like a destroyer but inwardly they are a great destroyer.

These foxes are little but destroy the fruits of the vineyards. Sin is one of these little foxes that can lead to unending disaster. In 1 Corinthians 5:6 Paul uses another analogy, “Don’t you know that a little yeast leavens the whole batch of dough?”

Examples of these “little foxes” abound today, the many subtle and not so subtle attempts of the enemy to get us off the right track. They come in so many different forms. Little pests can cause devastating damage, but when caught early and dealt with properly, we will have positive results compatible with our spiritual goals.
Today we will all inevitably deal with a variety of “little foxes”. In fact most major problems in life start out little. The alcoholic began with just one drink, the drug addict began with one little pill or one inhalation, the porn addict began with just one little peek and so on. The little foxes tend to grow.
We need to be on our guard against the little foxes and determine to deal with them early!

Daily prayer: Father, through the power of Your Holy Spirit, we can resist the enemy of our soul. Solomon wrote about the little foxes that destroy the fruits of the vineyards which can result in total loss for the owner and laborer. When Satan comes at us like a sly fox we too are more vulnerable and can be robbed of the fruit of the spirit that You are wanting to produce in and through us. Keep us on our guard, staying vigilant in reading and applying Scripture, faithful in praying to You for help and ever watchful for the enemy who comes at us like a sly fox. Amen.