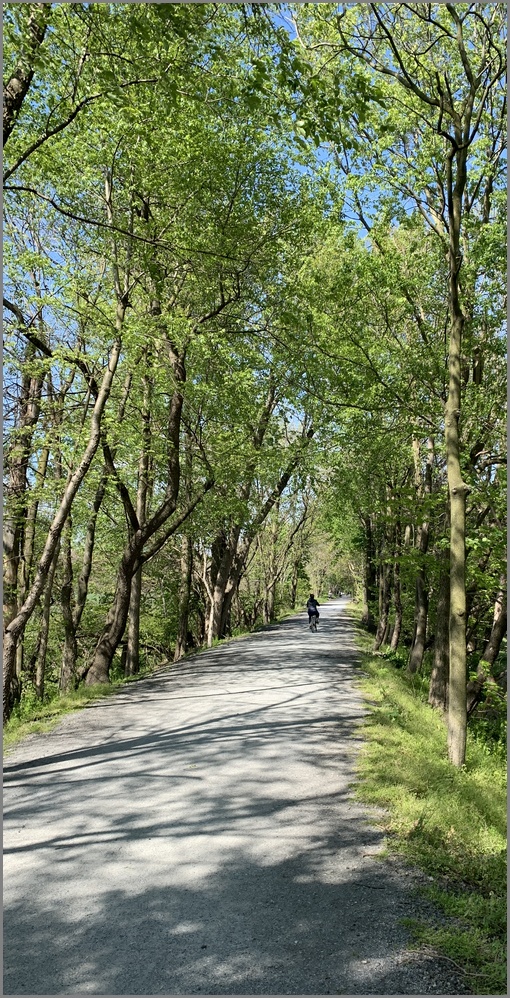 Yesterday we went on an 8 mile bike ride beginning on the Lancaster Junction trail and then along back roads.
“Dealing With Sanballat”

Message summary: Today may the Lord reveal to us the value of our work and give us strength to resist the inevitable Sanballats that may come our way.

“Sanballat and Geshem sent to me, saying, ‘Come and let us meet together at Hakkephirim in the plain of Ono’. But they intended to do me harm. And I sent messengers to them, saying, ‘I am doing a great work and I cannot come down. Why should the work stop while I leave it and come down to you?’” (Nehemiah 6:2,3). 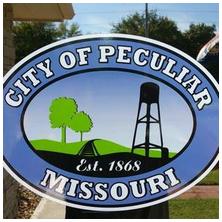 Wherever you live there are rather unusual names of towns that you surely travel through or live in. I (Stephen) grew up near a small town called Peculiar, Missouri. Interestingly, the King James Version describes God’s people as “a peculiar people”.
When traveling between Tulsa OK, where Brooksyne was raised, and Kansas City we would pass through a small town called Nowata, Oklahoma. Like most towns with unusual names there is some dispute about the origins. The Lenape tribesmen who passed through named it “nuwita,” meaning “friendly” or “welcome’. In the Cherokee language, the town is called ᎠᎹᏗᎧᏂᎬᎬ (A-ma-di-ka-ni-gunh-gunh, roughly), which means, “water is all gone,” translating what it sounded like the word meant: No Water. For no good reason we always favored that explanation!

Here in our area of Pennsylvania we have some real doozies for town names, probably most famously a town here in Lancaster county named Intercourse.* But not too far away in Berks County to our north there is a town called Virginville.

But today we consider a small town in northern Lebanon County we periodically drive through in the course of our chaplaincy work named “Ono”. According to one tradition, the name Ono was selected after all other ideas were rejected by a town elder who said, “O! No”. Another interesting derivation is that the community was named after the biblical Plain of Ono in our daily text, likely drawing inspiration from the many fields surrounding the community.
Ono is mentioned several other times in the Bible. Later in the book of Nehemiah it is called “the valley of craftsmen” (Nehemiah 11:35). But today let us consider a lesson from a requested meeting in the plain of Ono in our daily text.

Nehemiah was one of the exiles who returned from Persia after the Exile. He traveled hundreds of miles to rebuild the wall of Jerusalem. This was important work, as the wall was Jerusalem’s first line of defense. But Nehemiah’s restoration work did not go unopposed.

Nehemiah was being harassed as he was finishing the work on rebuilding the walls around the city following the Israelites’ return from their exile. A persistent harasser was a man named Sanballat, who did everything he could to thwart God’s work. In Nehemiah 6:2 he sought to derail the process by calling for a meeting but Nehemiah knew the intent was to bring harm. He sent messengers to Sanballat informing him, “I am doing a great work and I cannot come down. Why should the work stop while I leave it and come down to you?”

Have you had someone like Sanballat in your life? You probably have. We sure have. I recall when starting Daily Encouragement as a new ministry in the mid-nineties a supervisor, actually my District Superintendent, making a very petty, belittling comment about my vision. However another DS was very encouraging at that time and in fact still receives our messages to this day nearly 25 years later! In life you will inevitably have people like Sanballet and people like Barnabas, whose name means “encourager”. (Acts 4:36)

These thoughts are adapted from a blog:

Sanballat’s goal is to seek to stifle our spiritual growth and vision. Sanballat wants to make it look like the job is impossible; in other words create doubt. And Sanballat wants to rally opposition against what you are trying to do. Just like he did to Nehemiah. Sanballat’s goal is to discourage you—to get you to quit what God has called you to do. The goal is to tear down—not build up—the wall God is calling you to build. Sanballat can take the form of discouragement, fatigue and fear. These are a few of the enemies of restoration and rebuilding.

This is a good time to remind ourselves who was rebuilding the wall. God was the Architect, and Nehemiah was the contractor. God was at work. It was His will to rebuild the wall and the gates around the city. Anyone in opposition to that goal was in opposition to God. Nehemiah was determined that no one but God would stop the work.

Nehemiah finished the wall. Nehemiah achieved this, not by removing the fear of attack and reprisal but by helping the people face their fears, turning them towards God who was their defender and shield. Like Nehemiah, we need to act with God, and for God, even though it means strenuous effort and opposition. We need to trust God, do our day’s work faithfully, and leave the future and the results to Him. (See below for credit)

Nehemiah’s response to Sanballat’s request for a meeting was, “I am doing a great work and I cannot come down. Why should the work stop while I leave it and come down to you?” Today may the Lord reveal to us the value of our work and give us strength to resist the inevitable Sanballats that may come our way.
Be encouraged today,

Daily prayer: Father, we are grateful for those who come alongside us when You have commissioned us to do a great work. Aaron and Hur were so vital to Abraham in Exodus as the Israelites battled against the Amalekites. They helped him to endure all the way to victory as they upheld his hands when he grew tired. But we also read in Scripture about those such as Sanballat who sought to discourage, discredit or destroy your servants as they were following Your will. May we not be defeated by those who seek to destroy. We want to be an encourager, intercessor, and helper to those seeking to do Your will. In Jesus’ name we pray. Amen. 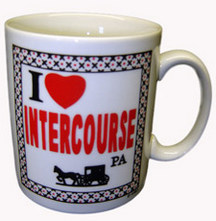 * Brooksyne’s note: I have a rather humorous memory regarding our charming little town of Intercourse. If you’ve lived here awhile you can refer to the geographical location without blushing and may not even think of its dual meaning. The town, which is in the heart of Amish country, has a tourist vibe and understandably a variety of items with the town’s name on it is for sale. Several years ago my sister, Elaine, was visiting from Texas and we were with our Amish friends, Anna Ruth and her daughters. Anna Ruth left our group and came back with a mug in her hand that she graciously gave Elaine, as she wanted her to remember her visit to Lancaster County. Elaine read the cup and was taken back and somewhat speechless, since she was unfamiliar with the names of the towns in Lancaster County. She received it with appreciation but also said, “Wait till somebody back home asks me where I bought this cup, and I’ll have to tell them an Amish friend bought it for me.” Of course, if you’re from the area you think nothing of this most unusual name for a town and in reality the original understanding of this word meant “intercommunication to and fro”. In early use it was used with reference to trade.

I shared the message about Ono with a group of employees from Lebanon County earlier this week and one of them remembered that there was once a hotel called the O’Yes Hotel in Ono PA! 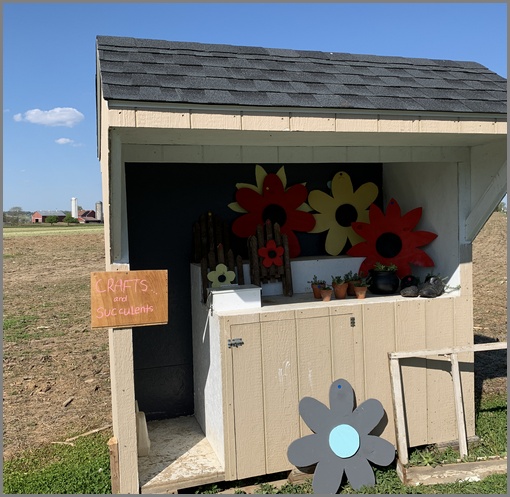 Amish entrepreneurship as children make these crafts to sell in front of their farm. 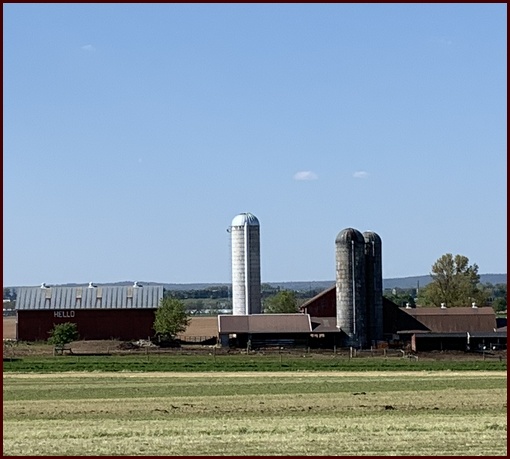 The “HELLO” barn on an Amish farm on Landisville Road provides a happy greeting as you pass by. 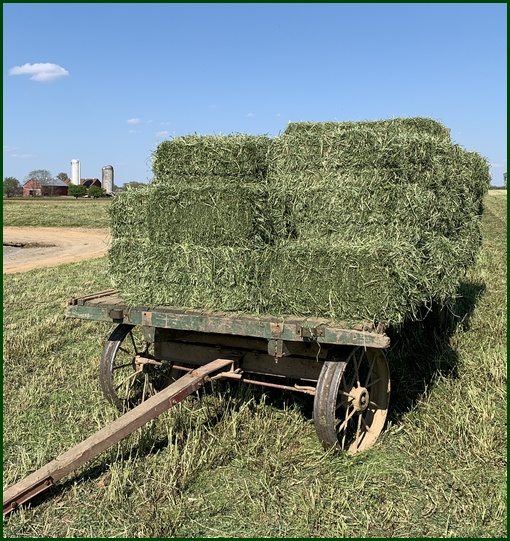 A wagon of hay brings back memories some 45 years ago when I put up hay for farmers in southern Missouri right after we got married.
Today’s Suggested Music and Supplemental Resources
Who were Sanballat, Tobiah And Geshem? Northstar Church
Finally today: 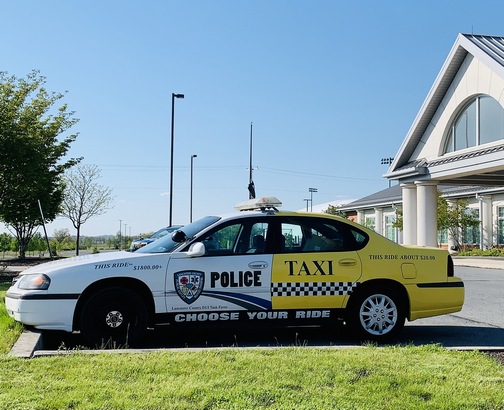 A thought-provoking approach by the Lancaster County DUI task force.